Last Saturday was the big event in Brigham City: the “Soap Dish Derby.” We reported last week on some of the preparations in getting the car ready. We were all quite pleased with the final product: hopefully you’ll agree: 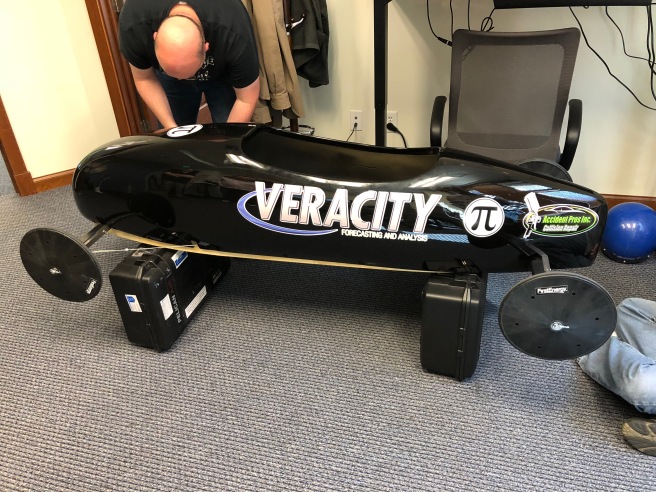 We had quite a time explaining to the race officials that we wanted to number our car π. They asked, “Do you mean 3.14?” “No, we mean π,” we responded. They eventually got it, but on the schedule on race day, our number was listed as “Pie.” Sigh.

From the get-go, it was obvious that our car was very fast. Larissa won her heat by a few car lengths, and then Ben won his heat in the “slow” lane as well. We got excited! In the end, our people took First Place (Hannah), Third Place (Larissa), and Fourth Place (Ben). Hannah and Larissa won medals, but Ben, who finished fourth by 0.02 seconds, went home with nothing but memories.

We estimate the AVERAGE speed of the car on the track was 22.3 MPH for Hannah’s winning heat. The max speed at the finish was higher–probably around 25 MPH.

Check out these photos:

A couple of days before the event, we took the car to a nearby hill to test it out. Sherrie got to drive it (click for video):

The look on her face is one of sheer joy–trust me on this!

Here are our drivers: 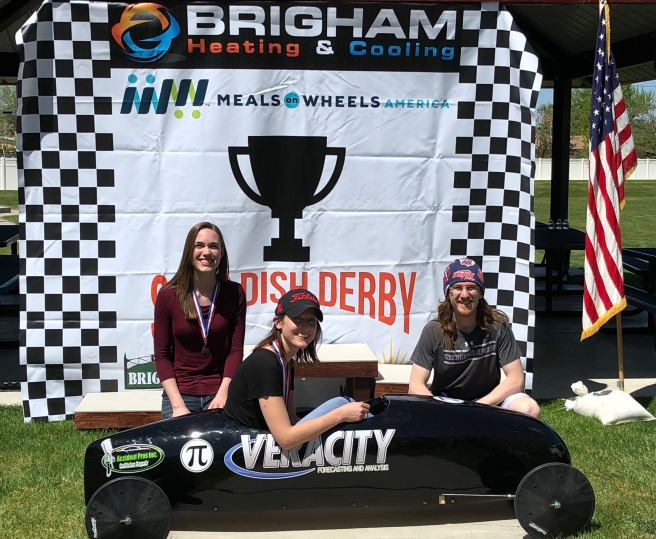 (Larrissa, Hannah in the car, and Ben)

And here’s the crew (those who were able to attend on race day): 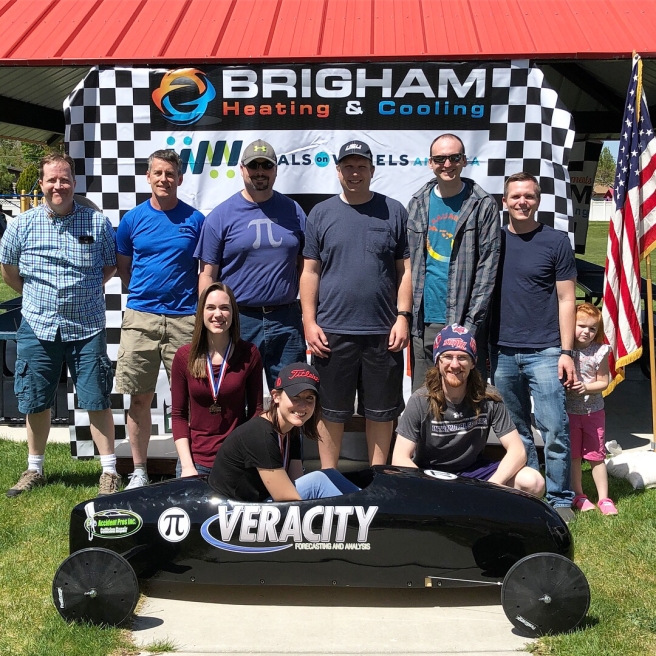 For a couple of weeks, I had been able to resist the temptation to get into the car, but after the race, I couldn’t stand it anymore: 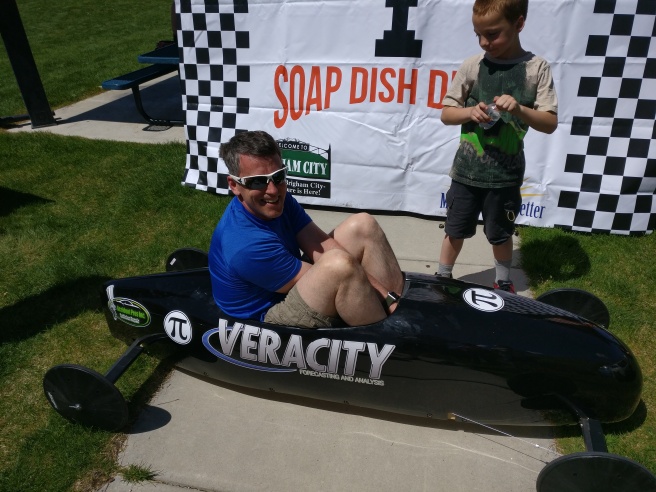 It’s a good thing I didn’t try to drive! The only way I could reach the steering column was by crossing my arms between my legs.

If you care to download a large file, we have a video from the helmet cam for one of Ben’s runs. It’s pretty fun: Ben’s run (helmet cam)

One thought on “A day at the races!”