Sherrie and I have been lax in writing in this space. Part of the reason is that it’s been Winter, and since we don’t do much stuff outside (besides skiing and snowboarding), we haven’t been writing stuff. Actually, Sherrie had some fun adventures snowshoeing with her friends, so she should probably write about that sometime.

And the other part of the reason is that we are lazy and don’t always follow through on things we should be doing.

Yesterday was our (34th) wedding anniversary. We celebrated by cleaning the church (with some of our fellow ward members) in the morning! Then we went to Mantua and ran around the reservoir (4.2 mile run). We were invited to attend Esther’s dance recital in the late afternoon, so we went to Layton and had a bowl of Pho for lunch at a favorite place, then went to Salt Lake. We were early and went tennis shoe shopping for Sherrie. It’s surprisingly hard to find real tennis (court) shoes–most sporting goods stores only sell running shoes, basketball shoes, and field (i.e., football and soccer) shoes. So we went to a tennis store and found some good (read: WIDE!) shoes for Sherrie. She wasn’t too enamored with the blue and yellow (she likes nondescript white), but the lady in the store and I convinced her that blue and yellow would be dandy.

The recital was a great success. The “kids community ballet” has the mission of helping each child feel “seen, known, and loved.” (Kids Community Ballet). We feel like they are accomplishing their mission. One cool thing that we’ve not seen done before is that before each group performs, they do a slide show with a photo of each child in the group, and their response to the question, “What do you like about ballet?” Here’s Esther’s:

Apparently, Princess Walks are quite the rage amongst the three-year old crowd–that was the most common response given. It’s fun to see the little ones enjoying moving about and being together. It’s also fun to see the older ones and they progress they’ve made since they were little (assuming they were once like the little ones are now). If Esther sticks with it, she should have many fun days in the future doing ballet.

Here’s a picture of Esther with her parents: 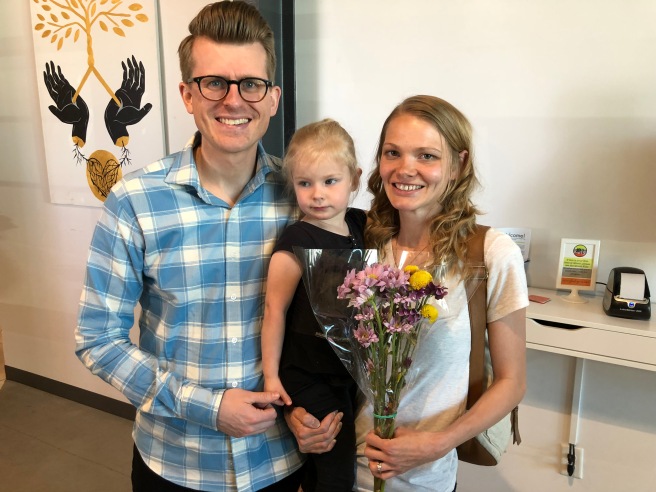 I wanted to post a video of the performance, but our site doesn’t support that (have to pay for that option). If you want the video, send me an email and I’ll send you a Dropbox link.

After ballet, Sherrie and I returned home and made a nice dinner and enjoyed the end of a good day. It was fun throughout the day to talk about our life together and our wonderful family and the joy that we have in the many blessings in our lives.

I (Michael) was in DC this week for some meetings, and I got to see Sherrie’s brother Randy on Friday. It was fun to catch up with him about our kids and families. We miss living close to Randy and Karen.

The Brigham City office of Veracity Forecasting and Analysis (our company) is building a soapbox derby car for the April 28 races here in Brigham. It’s been fun for our folks to do this project. Here are a couple of photos:

(Ian on the right, with two kids from David’s family, painting the baseboard with Danish oil).

(The steering mechanism with David’s son, and Ben in the background) 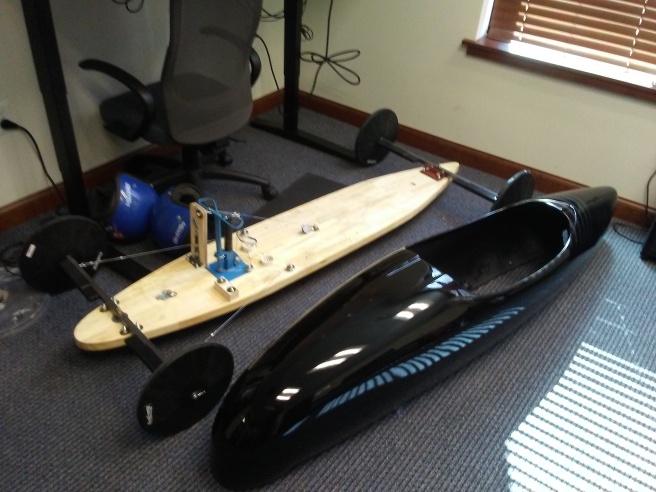 The nearly completed car–only lacking the decals on the side!

We’re all excited to see the car run this Saturday! We have two or three employees who are small enough that they can fit into the shell and drive the car, and at least one who can’t fit: 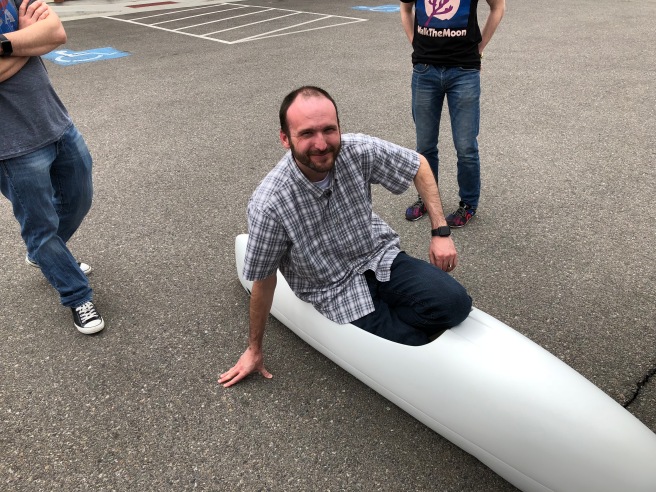